Although the 23rd wedding anniversary is not actually a milestone anniversary year, it still offers a good chance to demonstrate to the happy couple, whether they are friends or family members, how much you admire and appreciate them. Showing your loved ones how much they are cared for can be difficult when you are lacking inspiration for a 23rd wedding anniversary gift however traditional gifts are the best possible choice, conveying a greater significance and level of thought and effort than generic presents. These suggestions will help to give you some ideas that you can mix and match to come up with a perfect 23 year anniversary gift for your loved ones that will not only be memorable but will be truly appreciated on this happy occasion. 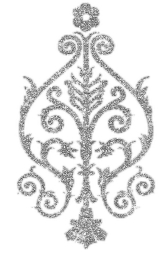 While many wedding anniversaries have a well known theme or symbol, the 23rd wedding anniversary is one of the lesser known years. Nevertheless, it still has traditional themes of its own which can be incorporated into any twenty third wedding anniversary gift that you give. Silver plate is the traditional 23rd anniversary gift and makes for an appealing and attractive gift choice as there are silver plate gifts which are either functional or practical depending on the tastes of the recipient. You can choose from homewares like serving trays, ice buckets, vases or cake stands which will look stunning in the couple’s marital home, or practical presents that will see a lot of use over the years to come, for example a pretty silver coffee pot or a set of goblet silver plate wine glasses. Alternatively, why not give a decorative gift such as a silver photo frame to hold a favourite image of the pair or even a silver clock which will look stylish on any mantelpiece and will bring you to mind whenever the couple check the time.

Sometimes, a personal gift is the best choice and if you want to give an individual gift to each of the couple separately, there are many silver gifts that you can give. For a personal traditional twenty third anniversary gift for your loved ones on this special occasion, give a more bespoke or smaller present such as a pair of engraved silver pens, inscribed with a personal anniversary message as a practical yet relevant token of appreciation. Another lovely idea is a silver trinket box for the couple to store all their favourite keepsakes over many more happy years of marriage or some silver jewellery for each of the pair as a long lasting and enduring memento of the day. Silver monogrammed cufflinks are always a good choice of 23rd anniversary gift for him while an elegant silver locked, perhaps containing a wedding photograph of the pair, would be an attractive twenty three year anniversary gift for her.

The 23rd wedding anniversary is one of the years that has its own traditional gemstone which would make a significant and memorable gift to give any loved one at this special time. Imperial topaz is the traditional 23 year anniversary gift of gemstones and is linked with expressiveness and good communication skills which are so important in a happy marriage. Convey your warmest wishes to your loved ones by giving a piece of jewellery that incorporates this traditional and beautiful yellow toned stone with its luxurious and lustrous shine.

Not only is silver plate the traditional gift for this anniversary year, but silver is also the traditional colour for 23rd anniversary gifts. Rather than choosing a gift made from this precious metal, why not go with the colour theme instead and choose from a wider selection of silver-coloured gifts that are sure to appeal to the recipient. For example, some silver accessories such as a belt or bag may be an ideal choice, while a silver silk embroidered cushion, personalised with the couple’s names and anniversary date would be a wonderfully personal and thoughtful gift.

Although the 23rd wedding anniversary is a year with no specific traditional flower associated with it, a bouquet is nevertheless a traditional anniversary gift for any year of marriage. Feel free to select any blooms that will appeal to your loved ones for their anniversary floral display, whether those be simple and traditional varieties or extravagant and exotic flowers. To reflect the traditional silver theme of this anniversary year, you could decorate a hand tied bouquet with silver ribbons, or incorporate some silver accessories within the floral arrangement. Roses are always a traditional choice for anniversary bouquets because of their romantic sentiments and beautiful appearance. Give a rose gift that will last for a lifetime, when you choose a stunning Eternity Rose. Every item is made from a single handpicked genuine natural rose blossom, chosen for its attractive appearance and worked into a magnificent and unique work of art. Choose the silver dipped flower as an ideal and relevant gift that captures the essence of the theme of this anniversary year. Made by talented artists in a complex procedure which takes three months, every silver-dipped flower has a spectacular lustre and sheen and comes presented in its own prestigious leather case, ready to be displayed in pride of place in any room of the couple’s home.