How to Choose A Traditional 1st Anniversary Gift

The first wedding anniversary is probably one of the greatest milestones in any couple’s life. The first year of marriage can have its ups and downs as both partners get used to their new marital state, but after 12 months of union, a greater understanding has formed between them and they are ready to face the future as a stronger and happier couple. It is therefore appropriate to mark this once in a lifetime occasion with a gift that is memorable and meaningful, and what better way to do that than to look to tradition and discover inspiring ideas of what to give as traditional first anniversary gifts. Like many other years, the 1st wedding anniversary has many symbols and themes connected with it, from flowers and colours to materials and contemporary suggestions. Here you will find some of the most commonly recognised traditional 1 year anniversary gift ideas that you can mix and match to create a token of appreciation that your loved ones will cherish for many more years of blissful marriage.

What is the Traditional First Anniversary Gift?

In the 1920s a list was drawn up associating each year of marriage with a particular theme or material which would have some symbolic relevance to that particular year. The first year of marriage is linked with paper, for two symbolic reasons. Firstly, a marriage at the end of its first year is still easily ripped apart, just like paper. As yet it has not developed the solidity and strength that it will acquire over many more years together and the couple can easily be ripped apart if they do not stay strong for each other. However, just like an empty canvas, the couple’s life is still waiting to be written. All that is to come in their joint future will be written as if on a blank page. It is for these reasons that paper is the traditional 1st wedding anniversary gift. If you are looking for a paper anniversary present for your loved ones, a pair of matching journals would be a special gift, or perhaps a scrapbook for the couple to document the special moments in their marriage. If you are searching for the perfect traditional first wedding anniversary gift for your spouse, there are plenty of options to suit all budgets. A low cost traditional 1st anniversary gift for her could be a handwritten poem or a message in a bottle telling her just how much she is loved, while a lovely traditional first anniversary gift for him could be a paper packet of seeds to plant, care for and watch grow. Alternatively, for a more extravagant traditional 1st wedding anniversary present for your loved ones, a pair of tickets to a show, concert or game would be a creative way to give a paper gift, reflecting the theme of this marital year. 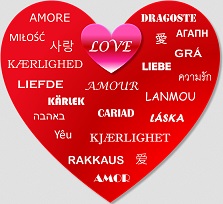 Flowers are always a wonderful wedding anniversary gift, whether for a special couple or for your wife. If you are looking for a perfect floral 1st anniversary gift for her, the traditional blossom for the first year of marriage is the pansy or the carnation. Carnations hold a meaning of love in the language of flowers, especially those in red and white, while pansies signify thoughfulness. Of course, roses are an appropriate gift for any anniversary year and as yellow is the traditional colour for the first wedding anniversary, why not give your loved one a beautiful bouquet of striking yellow roses? If you are considering giving someone special a yellow rose on the occasion of their one year anniversary, you may want to think giving them a lasting gift that can act as an enduring token of this truly special anniversary year. A stunning yellow glazed Eternity Rose is a timeless memento of this key milestone and with its magnificent 24 karat gold trimming, it makes a luxurious and meaningful gift for any happy couple. Presented in its own stylish leather case, it can easily be displayed proudly anywhere in the marital home and will be a talking point and an heirloom for generations to come.

Traditional First Anniversary Gifts For Him and For Her

Finding just the right gift for your husband or wife on the occasion of your first anniversary couldn’t be more important. Of all years that you will celebrate together, this is perhaps the most significant, so you should ensure that it is marked with a token that is a testament to the love you share together. A piece of elegant jewellery will always be appreciated, so if you need to find a traditional first anniversary gift for her, why not present her with a gorgeous Eternity Rose pendant and earrings set? Made from real miniature rose petals that have been glazed by hand and trimmed with the purest 24 karat gold, each set is an entirely unique work of art that is sure to be cherished. If you need inspiration for a first anniversary gift for him, why not look to the contemporary list of anniversary themes? The first wedding anniversary is associated with the theme of clocks, so why not surprise the man in your life with an attractive clock for his study or a practical alarm clock for his bedside table? Not only will he appreciate a gift that he can use every day but it is also a token that will stand the test of time.