Having been married for 36 years, there must be very few gifts that have not been received by your loved ones. So for this anniversary, take the opportunity to surprise them with a gift that is truly memorable and thoughtful, showing your esteem and admiration, rather than simply having a last minute fash to the shops for a poorly thought out present like a standard box of chocolates. If your loved ones prefer traditional gifts or have more modern tastes, you are sure to find some inspiration here that will help you put the extra effort into choose a 36 year anniversary gift which is certain to impress. Mix and match any of these suggestions to create a token that will be appreciated while bringing back fond thoughts of you many times over the coming years.

The Traditions of Giving a 36th Wedding Anniversary Gift 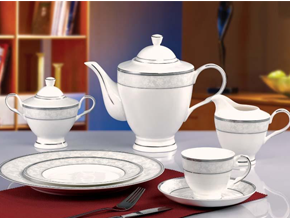 The original gift lists drawn up for the significant marital years in the 1920s did not include the 36th year of marriage as it was not regarded as a milestone year. However on later lists the 36th anniversary was included and assigned its own theme, that of bone china. Bone china is a very beautiful and symbolic present for the special couple as it reflects the beautiful nature of a happy marriage while reminding the pair of the fragility of their union if they fail to take enough care over the years to come. Made primarily from bone ash, bone china is a type of porcelain which is well known for its translucent white appearance. Although the original concept was created by a man called Thomas Frye, it is Josiah Spode who was given credit for its invention in the 1700s. Until relatively recently, in the middle of the 20th century, bone china was only made in England in the region of Stoke on Trent, however towards the end of the 1900s other countries started its manufacture including Japan and China, where now the majority of the world’s bone china is made.
The manufacturing process of bone china takes a long time and is labour intensive as well as having expensive raw materials, therefore it is a valuable, luxury product, entirely appropriate to give to your loved ones as an enduring memento of this special anniversary occasion. 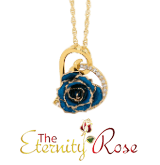 Should you prefer to give something other than a traditional bone china thirty six year anniversary gift you could opt for the traditional gemstone of this marital year, coral. Having been in existence for more than 500 million years, coral was once found all over the world, but today our natural coral reefs are under pressure and are considered to be endangered. Threatened by pollution, mining, canal digging and over fishing, coral reefs are also affected by rises in the sea level and rising sea temperatures as well as an increasingly acidic pH balance in the waters. Many governments today have introduced legislation to make harvesting coral illegal and there are a number of organisations which have been set up to protect the reefs, raise awareness of ecological issues and manage fishing in the area. For this reason, it is probably not the best idea ethically to give a 36th wedding anniversary gift of real coral, but you could opt for a present made of imitation resin coral, which looks just as good as the real thing while being ecologically sound. A stylish imitation coral ornament would make a wonderful memento while a piece of pretty imitation coral jewellery would make a perfect thirty six year anniversary for her. 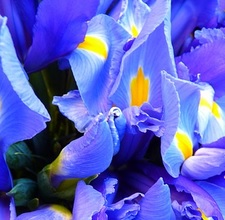 Whichever anniversary is celebrated, flowers are always a very popular option. Thanks to their beauty and extravagance, it is no wonder that couples are always impressed by the colourful display they create and are delighted by the romantic message of love that they convey. You can help to make this a date for your loved ones to remember when you present them with a beautiful arrangement of blossoms in a coral shade to reflect the gemstone theme of this marital year. Alternatively, give an extravagant and luxurious gift that embraces the theme of the anniversary while enduring for a lifetime. An orange glazed Eternity Rose will reflect the coral theme of the year while being a unique work of art, produced by skilled craftsmen in a complex process. Made by hand from a single natural rose blossom, each flower is preserved in all its beauty and trimmed with fine 24 karat gold to make a magnificent token of esteem. Present this lavish present to your loved ones as a 36 year wedding anniversary gift and reveal your true sentiments and loving appreciation.