First we think it only natural to send all our best wishes to those about to celebrate their 50th anniversary. Half a century of being married to one person is one heck of an achievement. It’s a very important occasion because it also commemorates the shared love of two people, and signifies how love can be resilient and versatile. What better reason for the exchanging of gifts? And we don’t just mean the happy couple. Friends and family can also give gifts for a fiftieth wedding anniversary. The traditional gift theme is gold, hence being called a golden anniversary. It was customary for a wife to receive gold garlands from her husband. Possibly not quite the gift your spouse will be expecting, but it still holds 50th place in the list of anniversary themes.

Well that’s all very well and good, we hear you shouting. But what are the best 50th anniversary gift ideas? 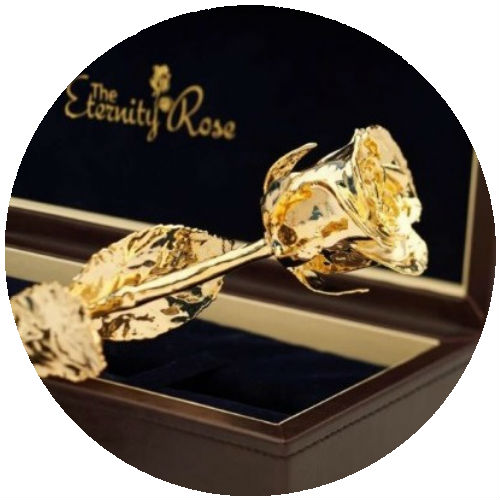 We’ve already mentioned that gold is the traditional gift for couples to exchange with each other. A golden garland or wreath won’t be as welcome today as it was many moons ago, but a gold necklace or cufflinks are bound to be appreciated. In fact, anything that features gold is going to make a great gift, whoever is the recipient.

Other choices for a 50th anniversary couple are a dinner service made from porcelain or fine china with details applied using gold flake. There are lots of different wines that feature ‘gold’ in their name. You never know the couple might already have a favourite.

When a couple have reached their golden anniversary we think it’s safe to say they aren’t spring chickens. They will already have a house filled with all the comforts and there might not be much shelf space for generic anniversary items. Instead give them a novelty or luxury item, possibly something they’ve never even heard of. One great example is the gift of a gold dipped rose, from Eternity Rose. A single natural bloom is picked from the nursery at the height of its beauty and preserved for ever after with a precious coat of gold.

Another idea for 50th anniversary gifts is to make a collage of memorable photos. This is the kind of gift that all the family can contribute to, even the grandchildren. Why not add their handprints or a message written in their own fair hand (or scribble)?

It’s possible nowadays, for couples celebrating a 50th anniversary to create a gift registry. Wow that would make things much simpler, but somehow it also seems a little impersonal. Thankfully there are still plenty of couples who agree and would rather wait with anticipation to open their anniversary gifts. And who would blame them? We all love surprises, particularly when it comes to receiving gifts.

For a little inspiration why not consider the following?

Why not say it with flowers for your golden wedding anniversary gift? 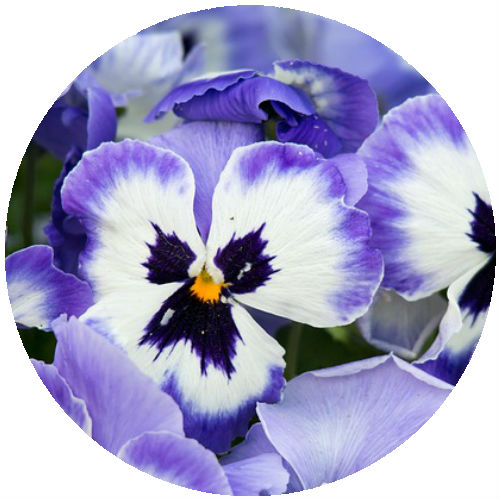 Violets are not commonly known as the flower theme for a golden anniversary, but there is another flower that’s become very popular. Yellow roses, in their many different varieties are now a favourite option for a golden wedding anniversary gift. Their beauty represents the couple’s long lasting life together and the colour is the other obvious tie-in.

For a 50th wedding anniversary it’s time to throw convention out of the window. this is a day when you concentrate on each other and celebrate in a way that suits you. Friends and family might be hoping for a great big party but if you’d rather do something a more low key go ahead and do it.

Don’t forget to splash out on gifts for each other, or exchange small tokens of affection. It’s up to you to choose the most appropriate way to show your love for each other.

Happy golden wedding anniversary! You deserve all the best wishes we have to give.