Couples who have enjoyed a successful marriage for 34 years deserve praise in a time when so many marriages fail to survive. If your loved ones have attained this milestone, you should take the chance to present them with a thoughtful gift which not only reflects your admiration but also reminds the couple of how important they are to their friends and relatives. After being married for so many years, the couple have probably already been given many standard and generic presents over the years, therefore anyone who wishes their present to stand out while conveying their genuine heartfelt sentiments should choose a gift which is a little unusual. If you put time and effort into selecting something just perfect, the recipients will appreciate your gift even more. If you choose a traditional gift, you are even more likely to impress your loved ones who will appreciate and cherish the significance it holds.

The Traditions of 34 Year Anniversary Gifts

Most people are aware that lots of marital years are associated with a particular symbol or material. Nevertheless, the themes associated with each year of marriage are not always well known. While some anniversaries are famous for their associated material, such as the 50th which is celebrated all over the world with golden gifts or the 25th which is always celebrated with silver tokens, 34 years of marriage does not have a famous theme. The theme for the 34th wedding anniversary was only decided upon in recent times as the original gift lists for anniversaries drawn up during the 1920s only marked out the first ten years and then every five years after that. At that time, it was considered that only milestone occasions were worthy of celebration, but later on it was recognised that all marital years were worthy of celebration and therefore every other anniversary was also given its own particular theme. 34 years of marriage was linked with opals and this gift exudes a deeper significance of luck and good fortune in accordance with their historical meanings.

A Brief History of Opals 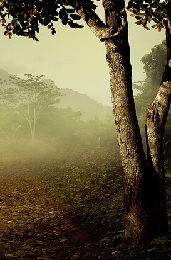 Opals are both beautiful and unusual gemstones, and there are several variations in colour, although traditionally we think of opals as being white. There are a number of other colours available including pinks, browns, violets, blues and reds as well as black, although these are very rare. The characteristic colour of an opal is caused by light refracting from its internal structure. There are both opaque and semi-transparent types with most of the world’s opals coming from Australia. As the nation’s chosen gemstone, it is little wonder that up to 97% of the opals in the world are found here and up to 80% of them being found in South Australia. Opals are also found in other locations all over the world including Ethiopia, Brazil, Indonesia, Nicaragua and Nevada in the USA. There are also several European countries in which opals have been discovered including Slovakia, the Czech Republic and Hungary. While synthetic opals are hard to tell apart from natural ones, they do not fluoresce when exposed to ultraviolet light. During the middle ages, opals had great significance, being thought to be very lucky and powerful, even with the power to make the holder invisible!

Should you wish to wish your loved ones good luck on their special day, you can give them an opal traditional 34 year anniversary gift. Of course, jewellery decorated with opals is a clear contender and with its eye catching and elegant appearance it is easy to find something beautiful that will create a great impression. Whether set in silver or gold, opals look stunning in any pendant, pair of earrings or ring and a gorgeous opal bracelet or necklace would make a perfect 34th wedding anniversary gift for her, while sophisticated opal cufflinks would be an ideal 34 year anniversary gift for him. Perhaps jewellery doesn’t appeal, then why not give an opal ornament for the home?
There are many pretty items that you can choose for the home that have been fashioned from opal such as paperweights, decorations for the Christmas tree or carved ornaments. All of these would make thoughtful and long lasting thirty fourth anniversary gifts for a special couple and are sure to bring the giver to mind time and again over the years. 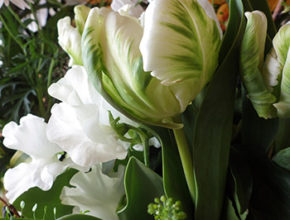 Flowers have long been a traditional token of appreciation and esteem on the occasion of a loved one’s anniversary, so when your friends or relatives have reached their 34th year of marriage, why not adopt a twist on the theme of opals by presenting them with a bouquet of beautiful creamy white blossoms? Any couple is sure to be impressed by a magnificent display of white roses and with their message of beauty and romance, they are a particularly appropriate way to mark the occasion. A white glazed rose is a great way to give an enduring testament to the couple’s devotion while embracing the theme of the 34th anniversary. Every flower has been hand picked and glazed to produce an exquisite work of art before being trimmed with purest 24 karat gold. When you present this luxurious token of appreciation to your loved ones on their anniversary day, they are sure to know how deeply they are cared for and will cherish your thoughtful present for a lifetime.